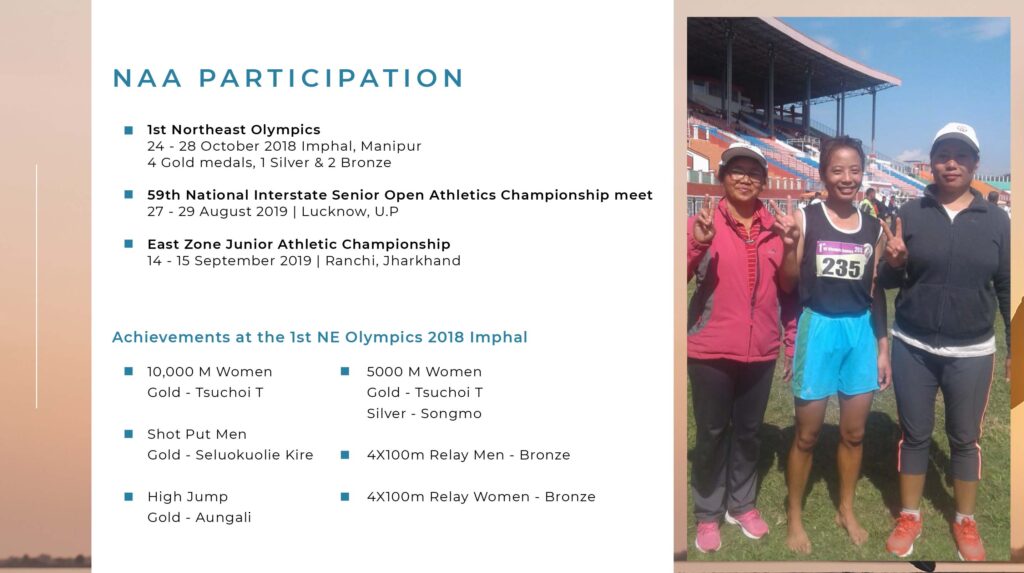 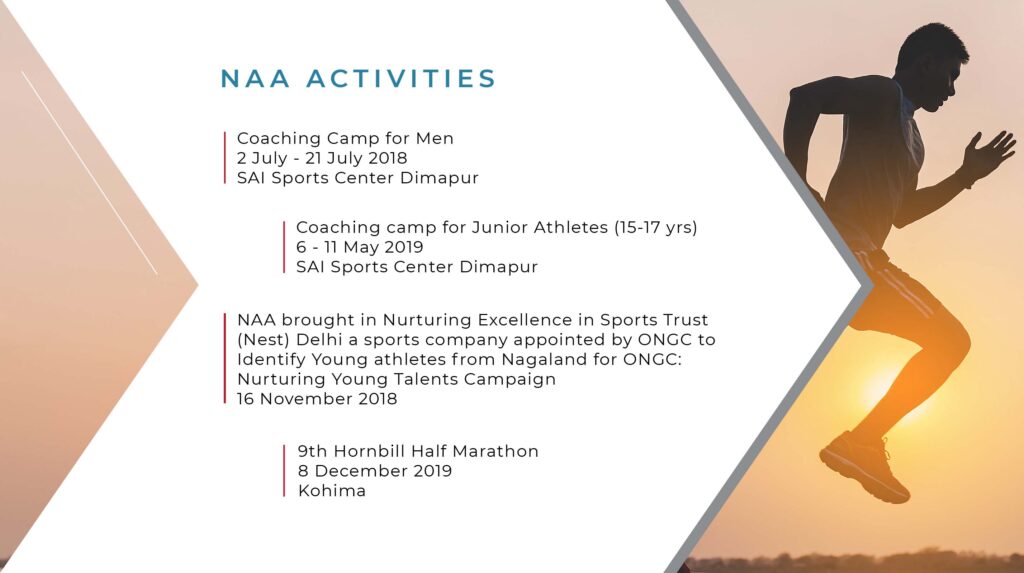 Affiliated to Nagaland Olympic Association and Athletic Federation of India NAA was form in the year 1981 by late. Mr Crellan Peseyie and Mr Neiyalie Angami. Today the association is led by Mr Abu Metha as the President, Khriehutuo Tsi ra as G.S.

• The 9th Hornbill Half Marathon was held under the aegis of NAA organized by 3E Nagaland group in Kohima on the 8th of December 2019.

Zoom meetings and Webinar 2020 during pandemic

• NAA attended online workshop for Announcers and presenters organized by AFI from 17th to 18th August 2020.